Hezbollah is currently building a new military infrastructure in the Druze village of Hader on the Syrian Golan Heights, Israel Hayom reported Thursday, citing Israeli government sources. Mustafa Mughniyah, the eldest son of Imad Mughniyeh, Hezbollah’s chief of staff who was assassinated in 2008, is the man in charge of the project.

Israel has been informed that Hezbollah reestablished its military infrastructure in Hader village, some 2 miles from the Syrian border fence. So far, operations in the village include mainly observations, using equipment provided by Hezbollah to local enlisted activists who report back to the terror organization.


Mughniyah was rumored to have taken over his late father’s job as Hezbollah chief of staff, but Israeli sources suggested he was the man in charge of weapons smuggling for Hezbollah.

Newsweek reported that in 2007 Mossad Director General Meir Dagan tipped off the CIA about the location of Imad Mughniyeh in Kafr Sousa, near Damascus, then two Mossad agents monitored Mughniyeh’s movement and an CIA officer detonated the bomb that killed the arch-terrorist. 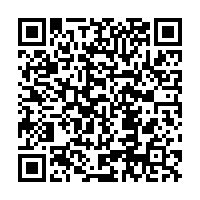