A serious earthquake struck the Kurdish city of Sar Pol-e Zahab at 6:55 pm local time Saturday evening in the western Iranian province of Kermanshah, around 320 miles west of Tehran, right on the Iran-Iraq border, registering 5.0-magnitude on the Richter scale, according to the U.S. Geological Survey.

The earthquake was reported at a depth of about five miles – a relatively shallow depth which usually leads to more damage.


Initial date indicates at least 21 people were injured, according to the head of the local medical treatment network, the state-run IRNA news agency reported.

Two were hospitalized so far.

Five aftershocks shook the region between 6:50 pm and around 9:00 pm local time, with the quakes being felt as far away as Gilan-e Gharb and Qasr-e Shirin.

Since that time, a total of 1,600 aftershocks have struck Kermanshah Province, with 10 cities and 1,930 villages across the province damaged as a result.

Iran declined to accept help from any foreign nation. 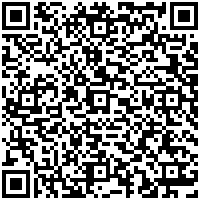