Organizations actively working to promote the boycott, divest and sanctions (BDS) campaign and similar activities against Israel may now find themselves unable to enter the State of Israel, effective March 2018.

Israel’ Strategic Affairs Ministry has developed a list of groups who are members of the BDS movement and who are actively promoting the anti-Israel boycott.


Strategic Affairs Minister Gilad Erdan told Hadashot News 2 on Saturday night the list is a new step in the Jewish State’s fight against the international BDS movement which works to delegitimize Israel.

Erdan’s ministry has allocated the initial $36 million for the anti-BDS project which is estimated to cost a total of approximately $75 million. Jewish philanthropists and communities from abroad are expected to help with the remaining expected, according to the report.

Among the organizations on the list so far are around 20 groups from countries such as France, Italy, South Africa, several Scandinavian nations and the North American group, ‘Jewish Voice for Peace.’

The project will include lobbying, public campaigns, solidarity visits to Israel for high-profile opinion-makers, social media campaigns and coordinated activities with pro-Israel organizations in North America, Europe and elsewhere.

Meanwhile, Erdan’s ministry will work with the Interior Ministry to block those already on the blacklist from entering Israel.

The blacklist will also work as a counterweight to the anti-Israel BDS “blacklist” developed by the United Nations Human Rights Commission.

Former Internal Security Minister Testifies: There’s a Problem with the Truth in the Prison System 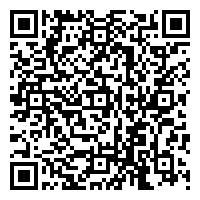