One day ahead of his trip to the United States, Defense Minister Benny Gantz on Tuesday morning spoke at the “A New Global Order” conference at the Reichman University Institute for Policy and Strategy, exploring the Iranian threat and additional challenges faced by the State of Israel. “Iran continues to accumulate irreversible knowledge and experience in the development, research, production, and operation of advanced centrifuges,” Defense Minister Gantz warned.

“It stands just a few weeks away from accumulating fissile material that will be sufficient for a first bomb, holds 60 kg of enriched material at 60%, produces metallic uranium at the enrichment level of 20%, and prevents the IAEA from accessing its facilities,” Gantz continued, adding: “Even today, Iran is making an effort to complete the production and installation of 1,000 advanced IR6 centrifuges at its nuclear facilities, including a new facility being built at an underground site near Natanz.”

On the issue of Iranian aggression in the region, Minister Gantz revealed Iran’s efforts to spread weapons to its proxies across the region and referred to recent publications regarding the launch of two UAVs in February this year: “Iranian proxies are attacking oil reserves, airports, and civilian facilities. Iran itself is conducting attacks via its Quds Force. It is developing operational systems throughout the region, equipped with accurate capabilities including cruise missiles, surface-to-surface missiles, and UAVs, capable of reaching thousands of kilometers. The quantity of strategic weapons in the hands of Iranian proxies has increased significantly in the last year: in Iraq, there are hundreds of weapons, in Yemen, the number has also increased and the Houthis hold dozens of weapons.”

“We saw one example of the attempted use of Iranian weapons in February 2022. As has happened several times in the past, the Revolutionary Guards launched a pair of drones from Iranian territory, toward Israel. Among other things, based on the fact that the UAVs had parachutes attached, we estimate that the purpose of the launch was to deliver weapons to terrorist organizations in Gaza or Judea and Samaria. The mission failed, and the UAVs were intercepted in Iraq. In Syria, too, attempts continue to be made to transfer and produce accurate weapons. Israel will continue to thwart these efforts and face any threat to its citizens and the region,” Gantz said.

Regarding the wave of terrorism and the security situation in Israel, the defense minister said: “We are facing a wave of terror based on a series of attacks that take advantage of the sensitive situation in Jerusalem and the Temple Mount, where Israel maintains freedom of worship. These attacks are connected as they are based on incitement that is spread by terror organizations in the region. This incitement is not sufficiently condemned by the world and regional leaders, who should also prioritize stability in the region.”

Gantz added: “We will continue the political effort to strengthen our relations with our neighbors in the region and our partners around the world. This while being willing to make efforts to shrink the conflict and strive for political arrangements between us and the Palestinians, which, even if they seem distant, are a strategic need.” 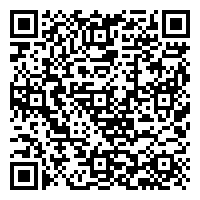