A high-ranking officer in the elite Quds Force of Iran’s Islamic Revolutionary Guards Corps (IRGC) was assassinated Sunday afternoon at around 4 pm local time in Tehran.

Colonel Hassan Sayyad Khodayari was shot five times, according to state media, by two men on motorcycles as he pulled up in front of his home in an alleyway in the eastern part of the Iranian capital.


According to reporter Zvi Yechezkeli, Khodayari was responsible for smuggling Iranian weapons into the hands of Iran’s proxy Hezbollah in Lebanon. Other Israeli reporters indicated that Khodayari, who operated out of Syria, was responsible for attempted terror attacks against Israelis and Jewish targets worldwide, including recent assassination attempts in Turkey.

IRGC said in a statement that Khodayari, a “defender of the shrine” was “martyred” in a “terrorist act against the revolution by elements affiliated with global arrogance.”

According to the semi-official Tasnim News Agency, “He was assassinated while driving in his car in front of his house. His wife was the first person to come across the body of this martyr who defended the shrine,” the IRGC said.

The announcement added that the “necessary action to identify and arrest the assailant or assailants is anticipated and underway.”

There has been no claim of responsibility for the attack. 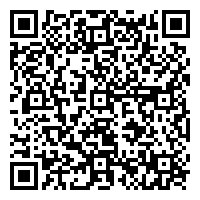