An Associated Press report cited a ministry statement as saying that the suspect “was in touch with several other figures in Iran, and has visited Israel, Iran’s foe.” According to the report, the statement accused Sweden of “proxy spying” for the Jewish state, an accusation not yet responded to by Stockholm.

It follows the Swedish government’s confirmation in May that another of its citizens was detained in Iran.

Earlier this month, Tehran recalled its ambassador to Sweden after a Swedish court sentenced an Iranian to life in prison for war crimes that occurred during the Iran-Iraq War in the 1980s.

Meanwhile, following months of mysterious incidents at its nuclear sites, Iran on July 23 said it had arrested members of a sabotage team allegedly sent by Israel via the Iraqi border, the London-based Iran International reported.

A statement from the Intelligence Ministry claimed that “a network from the spy agency of the Zionist regime [Israel] who were sent to the country for terrorist operations” were identified and detained, according to the report.

Those arrested reportedly belonged to the Komala Party of Iranian Kurdistan, and were recruited and given high explosives by the Mossad spy agency in order to target a “sensitive” defense site in Isfahan. 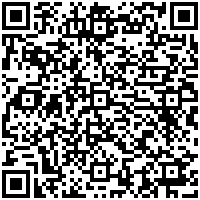