Iran still has not provided explanations to the United Nations International Atomic Energy Agency (IAEA) about uranium particles found at three undeclared sites in their country, adding concern that the Islamic Republic is hiding its military nuclear program.

Rafael Grossi, the director of the IAEA, continued to pressure Iran at a press conference on Monday to provide answers about whether the traces of uranium were connected to their nuclear program. He said there has not been “any concrete progress” between the two sides, even though Iran met with international technical experts in March.


“The lack of progress in clarifying the agency’s questions concerning the correctness and completeness of Iran’s safeguards declarations seriously affects the ability of the agency to provide assurance of the peaceful nature of Iran’s nuclear program,” Grossi said.

He reiterated that the Iranian government is still committed to engaging and cooperating with the IAEA and expressed hope progress will be made soon.

“Iran continues to hide its military nuclear activities, while lying and disregarding its international commitments,” Israel’s Foreign Ministry tweeted Monday after his statements.

Grossi previously said that Iran is creating weapons-grade materials and they are enriching uranium at 60%. Only countries developing bombs reach this high level, he noted.

He said even though Iran has a sovereign right to develop a nuclear program, the scheme needs to be vigilantly monitored.

Israel further revealed that Iran was developing five nuclear warheads as early as 2003.

Former US President Donald Trump left the nuclear deal with Iran in 2018 and imposed sanctions on Tehran.

There has been recent pressure on US President Joe Biden by Iran to lift these sanctions and return to the 2015 deal. Biden has demanded that Tehran return to compliance with the deal after they ceased to do so in 2019.

Prime Minister Benjamin Netanyahu recently told the Biden administration that Israel is committed to preventing Iran from developing nuclear weapons, even if the United States disagrees, and containment isn’t an option.

Jerusalem is concerned that new agreements between the Biden administration and Iran could lead to Iran producing nuclear weapons. 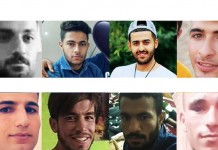 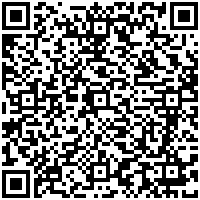