Iran will “react decisively” if it becomes apparent that a foreign government is involved in the explosion at the Natanz nuclear earlier this month, Iranian Foreign Ministry Spokesman Abbas Mousavi threatened.

Speaking at his weekly press conference on Monday, Mousavi referred to an explosion at the Natanz enrichment facility and centrifuge production plant, saying that the Atomic Energy Organization of Iran (AEOI) and the Secretariat of the Supreme National Security Council (SNSC) are compiling a report on the incident.

“After summarizing, a full report will be presented in this regard and then, we will take the necessary actions in accordance with the findings that will be made after the investigation,” Mousavi added.

“If a regime or a government is involved in the Natanz incident, Iran will react decisively,” Mousavi stated.

The fire at the site is believed to have severely damaged and set back Iran’s efforts to develop advanced uranium enrichment centrifuges, which could be used to speed up its production of nuclear warheads.

The New York Times quoted a “Middle Eastern intelligence official with knowledge of the episode” who said that Israel was responsible for the attack on the Natanz nuclear complex, “using a powerful bomb.”

A member of the Islamic Revolutionary Guards Corps (IRGC) who was briefed on the matter also said an explosive was used, the NY Times added.

Israel and the US have previously used cyber-attacks to damage Iran’s nuclear program, but that has been ruled out as a cause in this case.

The fire at Natanz was one of a series of mysterious incidents at important infrastructure in Iran.

Critical infrastructure in Iran experienced several damaging incidents, explosions and fires, over the past week, including a fire at a power station in the city of Ahvaz and an explosion that occurred near the Parchin military and weapons development base.

Iran’s state news agency IRNA published an editorial earlier this month threatening that “if there are signs of hostile countries crossing Iran’s red lines in any way, especially the Zionist regime (Israel) and the United States, Iran’s strategy to confront the new situation must be fundamentally reconsidered.”

Amos Yadlin, a former general in the Israeli Air Force (IAF) and former head of the IDF Military Intelligence Directorate, said earlier this month that satellite images indicate that the explosion rendered heavy damage to the facility in Natanz.

The Iranians are in dilemma: they do not want to escalate the situation before the US election in November, but do want to retaliate, he explained.

“Regardless of who is responsible [for the bombing] – Israel should be prepared for an escalation with Iran,” he cautioned. 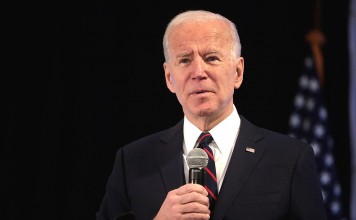 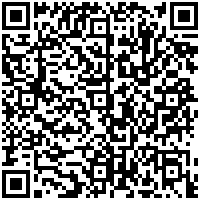