Protests continue in Tehran. Protesters are chanting many of the same slogans from #IranProtests of November 2019

They're chanting: "The regime told us our enemy is the US. But actually, our enemy is right here" [in reference to the regime itself]. pic.twitter.com/OjoMw2PMI2

The massive crowds that turned out for Soleimani’s funeral are now transforming into protests demanding the resignation of the country’s Supreme Leader, Ayatollah Ali Khamenei.

Iranian citizens are expressing outrage that it took Iranian leaders three full days to admit it was an IRGC missile that took down a Ukraine International Airlines passenger plane last week, causing the deaths of 176 innocent Iranian, Canadian and other civilian nationals.

As in previous times when protests began to get underway, Iranian authorities shut down the internet nationwide, and Iranian security forces began to gather Saturday night in preparation for quelling the protests, again.

President Hassan Rouhani spoke by phone with Canadian Prime Minister Justin Trudeau on Saturday, and promised there would be further investigation into the downing of the plane, according to the IRNA state news agency, even though Iran and Canada cut diplomatic ties in 2012.

“Iran welcomes any international cooperation in the framework of international regulations to shed more light on the incident,” Rouhani was quoted as saying. Tehran maintains the crash was caused by its air defenses “unintentionally”.

Social media is raging with criticism of the government and the Iranian military – this following recent protests in November 2019, when 1,500 people were killed by government forces working to quell the demonstrations.

Students at Amirkabir University in Tehran chanted slogans against the Supreme Leader this week, and demonstrators in western Iran were seen in video clips on Saturday chanting “Death to Khamenei! and “Death to the liars!”

“It is a very sensitive time for the establishment. They face a serious credibility problem. Not only did they conceal the truth, they also mismanaged the situation,” a senior former official, who spoke on condition of anonymity, told Reuters.

Iranians are set to go to the polls to choose legislators in a parliamentary election February 11. 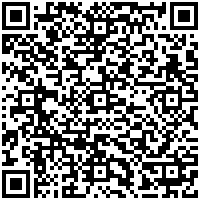