Joshua Frey of the US Navy’s Bahrain-based Fifth Fleet told Reuters Thursday morning that the fleet was assisting two tankers in the Gulf of Oman which had been attacked.

“We are aware of the reported attack on tankers in the Gulf of Oman,” he stated, adding, “US Naval Forces in the region received two separate distress calls at 6:12 AM local time and a second one at 7:00 AM.”

According to the Iranian Tasnim News, Iran dispatched an advanced search and rescue vessel, the Naji 10, to the Sea of Oman, and it has arrived at the scene where the damaged tankers are standing.

Potential confrontation on the high seas? Wait and see.

The attack came a few weeks after four ships, including two Saudi oil tankers, were damaged by an Iranian attack that used naval mines. Tehran denied US claims that it was behind those attacks.

Bernhard Schulte, the manager of one of the tankers that were attacked Thursday morning, the Kokuka Courageous, on its way from Saudi Arabia to Singapore with a cargo of methanol, said its hull had been “breached above the water line on the starboard side,” adding, “All crew are reported safe and only one minor injury reported.”

The other tanker, Front Altair, sent a distress signal to Fujairah port in the United Arab Emirates, having earlier loaded oil in Abu Dhabi, Bloomberg reported.

According to Bloomberg, Brent oil crude jumped 4.5% to trade at $61.60 a barrel in Dubai Thursday morning in reaction to the attacks.

The Gulf of Oman is the area east of the Strait of Hormuz, to the west of which lies the Persian Gulf. An estimated 20% of the world’s oil supply passes through that area.

Iranian president Hassan Rouhani on Wednesday night reassured Japan’s visiting prime minister Shinzo Abe that “the Islamic Republic of Iran will not initiate any war in the region even with the United States, but if a war begins with Iran, we will give a decisive response.” 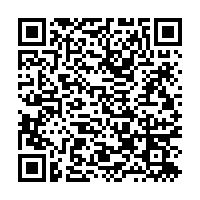