Israel Defense Force search-and-rescue teams were deployed Thursday night to assist in the rescue of a Jordanian school bus near the eastern shore of the Dead Sea after it was swept away Thursday in a flash flood resulting from heavy rains in the southern region.

At least 18 people died in the tragedy, including many Jordanian school children and teachers, according to an updated report at 10:00 pm local time.

At least 34 others were rescued, however, in the massive operation that involved hundreds of Jordanian military troops and police helicopters as well as a number of Israeli search-and-rescue helicopters and specialized teams, sent in response to a request from the Jordanian government.

The children and their teachers were riding in the school bus on a field trip when the tragedy occurred, according to Ynet, which quoted two civil defense sources.

“At this time the soldiers are wrapping up rescue operation and will continue to search for those who are still missing to the best of their ability as the weather conditions permit in the area of the flood zone,” said the IDF Spokesperson’s Unit.

Volunteer teams of the Etzion and Megillot rescue units were also sent to help locate those who are still missing. 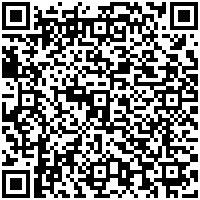