The center showcases the diverse fields and people behind Israeli innovation.

Chinese business magnate and co-founder of the Alibaba Group Jack Ma, as well as former Google CEO Eric Schmidt, and leaders from tech giants such as Facebook, and eBay, were among some of the guests who attended the ceremony at Expo Tel Aviv.

The launch was part of the two-day first-ever Prime Minister’s Israeli Innovation Summit, organized by Ministry of Culture and Sport in cooperation with the Peres Center for Peace and Innovation, which has formed part of Israel’s 70th-anniversary celebrations.

Through a holographic message, the late Shimon Peres delivered his vision for the center, which he prepared before his death two years ago.

The message was released by his family for the first time.

“My vision for the Israeli Innovation Center is to serve as a window to the future. A place for dreams. A place that expresses the desire to leave the next generation with a better and brighter future,” Peres said in the message.

“The future is made of the dreams of today, we must continue to work on developing the vision of tomorrow, not simply on remembering the past. We have the power to create change and the opportunity to have an impact. A revolution against convention is necessary. It requires daring, dissatisfaction, and healthy and vibrant chutzpah.”

Peres emphasized, “We must caution ourselves, [because] technology without values will endanger humanity, while values without technology will bring about hunger and stagnation.

“The Israeli Innovation Center will tell the extraordinary and inspiring story of the State of Israel as the innovation nation,” he continued. “A home for optimism and hope. A place for cooperation and coexistence between all sectors of Israeli society, and a link between Israel and the world.”

He added that the purpose of this place is to spread ideas “near and far to bring peace and prosperity closer, to make a positive change both in spirit and in reality for us and for our neighbors, and for humanity as a whole,” concluding in Hebrew, “and I remind you that a person with no fantasy will not make fantastic things.”

The four-floor innovation center was one of President Shimon Peres’ dreams. He personally laid the cornerstone in July 2016 together with Netanyahu and President Reuven Rivlin only three months before passing away.

In an emotional speech after the hologram disappeared, Prime Minister Benjamin Netanyahu stressed the importance of innovation to normalize relations with neighboring countries.

“I remember the conversations I had with Shimon,” Netanyahu said. “When he spoke about innovation and peace, Shimon’s eyes sparkled. He had a tremendous confidence in the youth of Israel, and the genius of Israel. Here’s where we saw completely eye-to-eye.

“It is called the grand opening for innovation and peace center because the idea is that peace and innovation absolutely go together, innovation is an engine of peace, not only of progress,” the prime minister explained.

“Neighboring countries now reach [out to] Israel [to] normalize relations because of innovation,” said Netanyahu, “not merely for security reasons but for civilian reasons. They see Israel as a hub of innovation that can offer a better richer and longer life for their people.”

Founded in 1996 by Shimon Peres, the Peres Center for Peace and Innovation is now chaired by the late president’s son Chemi Peres.

The center’s website explains that “the focus is a prosperous Israel, nurturing and highlighting Israeli innovation, and paving the way for shared-living between all of Israel’s citizens and lasting peace between Israel and its neighbors.”

Speaking at the ceremony, Chemi said his father always said “that innovation should be used to make a better world and we must continue harnessing its power for peace and a better future for the region.

“The innovation center that we are inaugurating today proudly presents Israel’s greatest achievements, showcasing the effects of our innovation around the world,” he concluded. 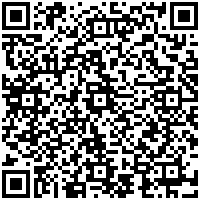