Jordan’s Princess Salma bint Abdullah II made history on Wednesday to become the first woman in the country to earn her wings as a military pilot.

Clearly filled with paternal pride, the nation’s commander-in-chief, King Abdullah II pinned the wings of a combat pilot to the front of the uniform of his second daughter in a solemn ceremony at the palace in Amman.

The princess was presented with her wings after she passed the flight course and requirements for obtaining it, and completed academic hours and practical aviation. She became the first Jordanian woman to pass basic training as a pilot on fixed wing aircraft, Al Mamlaka TV reported. The pilots of the Aviation Wing, the Chairman of the Joint Chiefs of Staff, the Commander of the Royal Air Force, the King Hussein Air College Commandant, and the Commander of the Aviation Wing attended the ceremony, according to the news outlet.

Princess Salma, who is now 19 years old, is the second daughter and third child of King Abdullah II and Queen Rania. She attended the International Amman Academy in 12th grade, graduating in May 2018. In November 2018, the princess graduated from the Royal Military Academy Sandhurst, where she attended a Short Commissioning Course, following in the footsteps of her father and older brother, as well as her grandfather, King Hussein.

A hearty Mazel Tov to the new pilot and her family!! 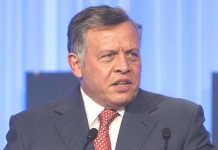 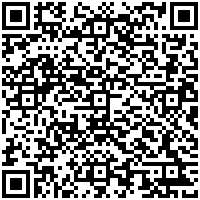