An Israeli diplomatic source has told Reuters Ambassador Einat Schlein, who left Amman in a hurry on July 24 is not coming back, since the Jordanians view her as a symbol of everything that went wrong with a shooting incident on the embassy grounds.

It began with an embassy guard, “Ziv,” who was attacked by a furniture store employee making a delivery. The guard shot the deranged man in self-defense, but then also shot and killed an innocent bystander. The Israeli ambassador refused to turn the guard over to local police, citing his diplomatic immunity. She, the guard and the rest of the embassy staff were then whisked away to Israel over the Allenby Bridge crossing.

All of which the Jordanians may have forgiven, but then Prime Minister Netanyahu gave Ambassador Schlein and the guard a big welcome home on live television, which was the last straw for the Jordanians.

“The Jordanians don’t want her back, and this has been a big obstacle in patching things up,” the Israeli source told Reuters. “We’re looking for a replacement.”

Israel still has no plans to cooperate with a Jordanian police investigation of the shootings and turn the guard over, but at least the ambassador will get thrown under the bus, which Jordan will have to live with. 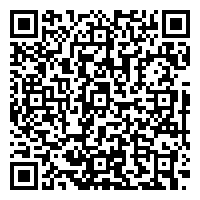