Encouraged by the protests in Lebanon, groups in the Gaza Strip are working to launch protests against Hamas’ rule under the slogans “Enough! We were getting tired” and “civilian disobedience.”

In messages circulated in the media and on social networks, leaders called on Gazans to take to the streets on Thursday and protest against the deteriorating economic situation and the Hamas regime.

“It’s time for Gaza to wake up and hold all those who brought it down to this humiliating state accountable,” the statement said.

The organizers of the protest, some in Facebook pages and others anonymously, are encouraging the public to hold Hamas leaders responsible for the economic situation in the Strip, and mainly because of the leadership’s corruption, its preference of associates and its promoting of personal interests at the expense of the residents of the Strip.

The demonstrations come in light of the severe situation in the Gaza Strip. Organizers say thousands of families will be unable to contend with the winter this year due to the lack of heating, food, and poor living conditions, as well as rising unemployment with 75% of Gazans living in poverty and the reliance of 80% of Gaza families on external aid.

A similar initiative launched a few months ago in Gaza failed and was violently suppressed by Hamas and its security forces. However, dozens of people are preparing to renew the protest

A.A., 28, from the Shaja’iah neighborhood, told TPS that recent protests in Egypt, Jordan, Iraq and especially Lebanon are encouraging and that the protest movement is an independent movement that is not associated with the Palestinian Authority (PA) and does not serve its political interests.

Mustafa Ibrahim, a social activist in Gaza, wrote on Facebook that the “illegitimate” regime in Gaza is claiming victory over “the occupation” through the Marches of Return, but the devastating economic and social conditions brought extreme poverty and the degradation of basic human dignity in Gaza.

In a video released on Facebook, a Hamas policeman in the Gaza Strip is seen walking on foot to his workplace because he cannot pay the travel expenses. “This is how it is in Gaza … everything for Allah,” he said cynically to the camera. He was subsequently arrested by Hamas.

Another young man, Muhanad Ali, complained in a video about Hamas’ corruption and the fear of the coming winter that will find thousands of families without electricity or heating equipment. Ali complained about the comfortable lives of Hamas officials in the Gaza Strip, while residents die for failing to receive medical care and booth owners are collapsing under the demand of taxes by the government in the Strip.

“Hamas is having trouble hiding the public protest in the Gaza Strip and is trying to manipulate the people with false promises and Qatari money payments, but on Gazan streets, it is apparent that Hamas has failed while in the meantime its people enjoy a comfortable life. We will try to bring about demonstrations against corruption and taxes, like Lebanon,” A.A. told TPS.

Protests against Hamas have increased in recent months, especially on social networks.

A few weeks ago, several families refused to welcome Hamas leader Ismail Haniyeh during his visit throughout the Gaza Strip to celebrate the return of pilgrims to Gaza and even posted signs at the entrance to their homes with the words “Not welcome.”

The protest against Hamas is also taking place within the organization and recently Ahmad Yousef, Haniyeh’s former adviser, has written several harsh articles about Hamas’ failure. 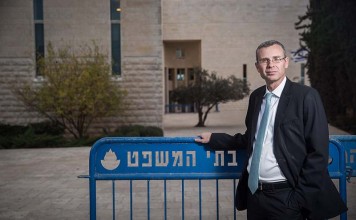