The new walls also go a long way to resolve an ongoing conflict between Israel and Lebanon over 12 points along border where the exact path of the border is in contention. The disputes, mostly over a few square meters, are being rendered moot by the new wall, seeing as it is difficult, even futile, to argue with a concrete wall.


The project, which so far features about 1,500 feet of wall in two segments, will be completed by the end of 2018, and will include a total of 8 miles of wall.

Over the past three years, the IDF has fortified, razed, cleared and engineered obstacles along the rest of the threatened areas near the Lebanese border, to make it difficult for Hezbollah invaders to reach towns and villages near the border.

But the Northern Command on Wednesday told visiting reporters that the army wants to build a wall along the entire the 80-mile long border, beyond the budgeted 8 miles.

The wall, whether 8 or 80 miles long, will feature advanced surveillance equipment that will broadcast the situation north of the wall in every light and weather condition, and will be lowered to receive maintenance without exposing the troops to enemy fire. 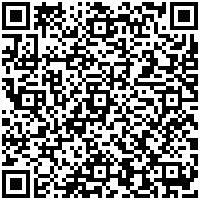