The IDF on Thursday released for the first time new videos and other data revealing details of Hezbollah’s Iran-led accurate missile project.

According to the IDF, it was decided to expose the project in order to deny Hezbollah the ability to hide the existence of its Iranian-sponsored manufacturing sites in Lebanon – despite the risk that the revelation may expose just how much intelligence Israel has gathered over the years about these sites. It’s also conceivable that the exposure is a signal to Hezbollah chairman Hassan Nasrallah and his Iranian masters that a military response to the IDF attack in Beirut, which took out a substantial component of the project, would lead to pinpointed aerial attacks on the same manufacturing sites.

Israel is also hoping that revealing the dimension of the destruction that could result from a second massive confrontation between Hezbollah and the IDF would encourage Sunni Arab countries such as Saudi Arabia, Egypt and the Gulf states to intervene in order to stop the project.

According to the IDF statements Thursday, Iran began its attempts to deliver its own accurate missiles, ready for use, to Hezbollah in Lebanon in 2013-2015, under the cover of the civil war in Syria. Most of these attempts were thwarted by attacks attributed to Israel, and Hezbollah failed to achieve its goals in the missile precision program.

Given those failures, in 2016, Iran decided on a fundamental change in the patterns of operation: no more missile transfer attempts, but a switch to the conversion of existing “stupid” rockets into precise missiles – done on Lebanese soil, through the transfer of precision and directional components from Iran and rockets from the SSRC scientific research institute in Syria.

To that end, Hezbollah began preparing sites across Lebanon, including inside the capital Beirut, in cooperation and under the leadership of Iranian officials, most notably Zada Hijazi, an underling of Qasem Soleimani, commander of the Islamic Revolutionary Guard Corps Quds force.

The materials are transported in three routes: a land route from Syria to Lebanon through the official border crossings of the State of Lebanon (such as the Al-Matsna Crossing); an aerial route using civilian flights arriving at Hariri International Airport in Beirut; and a maritime route of ships through the port of Beirut.

In addition to exposing the entire project, the IDF also revealed the names and short resumes of the senior officers who lead the project, Iranian and Hezbollah. 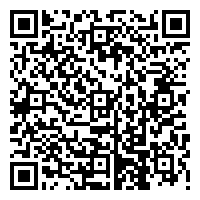