IDF fighter jets attacked overnight Thursday in southern Lebanon, in retaliation for the rockets that had been fired at Kiryat Shmona in northern Israel on Wednesday. No casualties were reported on the Lebanese side. On Wednesday at noon, immediately after three rockets had been fired at the Israeli city, the IDF responded with artillery fire.


According to the IDF’s statement, the planes attacked sites from which the rockets were fired as well as infrastructure being used for terrorist activities, as well as an additional target in the area from which rockets had been fired at Israel in the past.

The Hezbollah affiliated al-Manar reported Thursday that “the two raids launched by enemy warplanes targeted an open, uninhabited area in a valley near the former bridge in ‘Al-Dimashqiyah.'”

The Israeli defense apparatus believes the rockets were fired by Palestinian factions in Lebanon, with Hezbollah’s tacit approval. Of the three rockets that were shot only two fell in Israeli territory, causing a fire in the Kiryat Shmona area, without any casualties. The IDF’s statement blamed the government in Beirut for what was taking place in its territory. Of course, whether or not there is such a thing as “government in Beirut” remains to be seen. 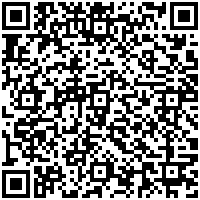