The IDF Spokesperson’s Office announced Monday morning that the IDF had launched Operation Northern Shield to expose and neutralize the terror tunnels that the Hezbollah terror organization has been digging into Israeli territory.

“Since 2014, the IDF has been working in a joint team of Military Intelligence and the Northern Command, which has since led the operational, technological and intelligence activity on the issue of tunneling in the northern arena,” the IDF announcement began.


“The team led to the development of extensive knowledge and capabilities on the offensive tunneling project of the Hezbollah terrorist organization.

“The operation launched by the IDF is being led by the Northern Command, with the participation of the Military Intelligence, the Combat Engineering Corps, and the Administration for the Development of Weapons and Technological Infrastructure (Mapat), with the aim of neutralizing the offensive tunnels in our territory.

“In recent years, and as part of preparations for this threat, a unique protection plan has been implemented in the sector, which includes fence-building activities. The purpose of this defensive plan is to prevent the enemy from realizing its attack capability.

“The battle procedure for implementing the IDF operation has been led by the IDF General Staff for several years, in a manner that has led to the maturation of operational conditions at this time.

“The commander of the Northern Command, Major General Yoel Strick, commands the operation in which many forces are taking part.”

The IDF Spokesperson also announced that “the digging of tunnels that were located by the IDF in advance, before there was an immediate threat to Israeli citizens, constitutes a blatant violation of Israeli sovereignty.

“This is also yet another proof of the grave violations of the Hezbollah terror organization, which blatantly ignores UN resolutions – primarily Resolution 1701 – And operates from villages in southern Lebanon, while harming the state of Lebanon and endangering its citizens to establish its terrorist infrastructure.”

United Nations Security Council Resolution 1701 was intended to resolve the 2006 Israel-Lebanon conflict. The resolution reiterates the UNSC’s strong support for full respect for the Blue Line, the border demarcation between Lebanon and Israel published by the United Nations in 2000 for the purposes of determining whether Israel had fully withdrawn from Lebanon. By September 2018 Israel completed 11 kilometers of a concrete barrier along its border with Lebanon designed to protect Israeli communities from Hezbollah infiltrations.

The IDF Spokesperson pointed the finger at “the Hezbollah terror organization, which is behind the digging of the tunnels, and continues to operate with Iranian support and funding in order to establish its terrorist activity against Israeli citizens.”

“The IDF will increase its forces in the Northern Command and is highly prepared for developments, if any,” the announcement concludes, noting that “a number of areas near the security fence in the north of the country were declared a closed military zone. There are no instructions for residents of the north. Heads of local authorities have been updated, and the IDF will continue to maintain contact with them.” 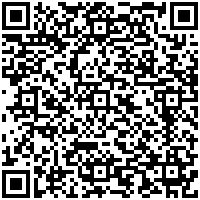