On Friday, al-Mashnouq announced that Itani, who is being detained on charges of spying for Israel is “innocent,” in light of reports that a former Internal Security Forces officer is being interrogated for “fabricating” the case.


On Dec. 1, 2017, Al Jazeera ran a major story under the headline, “How Ziad Ahmad Itani fell into Mossad’s honeytrap,” reporting that Itani was arrested on November 24 and charged with spying for Israel on Lebanese journalists, intellectuals, and government ministers.

Al Jazeera reported that “damning evidence was found in Itani’s Beirut apartment,” including drugs, and four laptop computers and five cellphones where he “stores the secret data.”

Lebanese security forces stated that Itani has confessed to the espionage charges.

On Saturday, Annahar reported that Lebanon’s Internal Security Forces is investigating Major Susan Hajj Hobeiche, the former head of the Anti-Cybercrime and Intellectual Property Bureau, on suspicion of hiring a hacker to frame Itani – whom she blamed for losing her job (Itani publicized the fact that Major Hobeiche liked a tweet that made fun of the fact that Saudi Arabia was finally letting women to drive cars – and she was promptly let go).

According to media reports, the hacker she hired “created fake accounts” for Itani where he appears to be communicating with an Israeli agent. Lebanese security forces, who keep the hacker on the books as an informant, in November 2017 detained Itani and charged him with spying for Israel.

Interior Minister Mashnouk said the Lebanese nation should apologize to Itani, who “has never abandoned his Arab and Beiruti identity for a single day.”

PM Hariri did not like the gesture, and announced that “the latest developments in Itani’s case are in the judiciary’s custody which alone has the right to decide and refer it to the competent security authority for investigation. Attempts to exploit and politicize the issue are unacceptable.”

Progressive Socialist Party leader MP Walid Jumblat lashed out at Mashnouq in a tweet saying: “The Lebanese have nothing to do with an apology. No one authorized the minister to speak on their behalf. The [security authority] has to apologize to the Lebanese for its great corruption and chaos.” 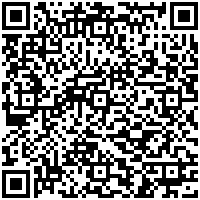