Sheba Medical Center at Tel Hashomer in Ramat Gan has begun to build a new 2,000-square-meter medical center for nuclear medicine and research after receiving a gift of $20 million from Russian Jewish billionaire Roman Abramovich.

The three-story center will focus on nuclear medicine, molecular imaging and research, using a cyclotron – a particle accelerator that can pinpoint and kill cancer cells by using radioactive ion beams.


The targeted radiation, which causes minimal damage to surrounding healthy tissue, has been hailed by some as a form of “magic bullet” in the field of cancer treatment.

The 51-year-old oligarch, worth $11.6 billion, is the 12th wealthiest man in Russia according to Forbes Magazine. Abramovich, who also owns the British Chelsea football club, is the primary owner of the private investment company Millhouse LLC.

Abramovich has long been a generous supporter of Sheba Medical Center; in past years he has donated $57 million, and partnered with the hospital on pediatric heart and cancer research. He serves as Chairman of the Federation of Jewish Communities of Russia, and is a trustee of the Moscow Jewish Museum, in addition to being a generous supporter of the Chabad-Lubavitch Chassidic movement. 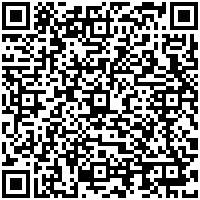