According to the Arabic-language report, “The intelligence war between the Israeli and Palestinian security services of Lebanon and Hezbollah continues, as we recently arrested a cell of three Lebanese citizens” operating out of the Burj Barajneh Palestinian refugee camp, Bourj Hammoud, a suburb of Beirut heavily populated by Armenians, and the Deir Koubel monastery to gather information about the resistance.

“A Lebanese security squad from the Division of Public Security managed to dismantle the cell in recent days,” the report continued, “arresting two suspects in Bourj Hammoud and later a third in Deir Koubel.

One of the suspects, a teacher named Abbas S., reportedly “admitted he worked for the benefit of the Israeli Mossad.” Computers and “other electronic devices” were seized from his home.

The report added there were other Israeli Mossad agents “recently arrested in Lebanon” but gave no further details. 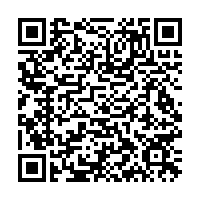