Four rockets were aimed at Israel’s northern Mediterranean coast from southern Lebanon on Wednesday afternoon, according to Walla! News. One woman suffered a heart attack while racing for cover, according to Magen David Adom (MDA).

The Israel Defense Forces report that four rockets fired from Lebanon were aimed at the Haifa area. “One was intercepted, one landed in an open area and two landed in the sea,” an IDF spokesperson IDF.


The IDF was responding with artillery fire.

“During the Red Alert sirens in Northern Israel, MDA EMTs and paramedics were called to assist a 43-year-old woman who suffered a Cardiac Arrest on her way to the bomb shelter,” a MDA spokesperson said.

“Immediately after the Red Alert sirens a call was received at MDA 101 dispatch center about a woman that collapsed at home, next to the bomb shelter and lost her consciousness,” reported MDA paramedics Yoel Lewinger and Hanadi AL-Gadban. The EMTs at the dispatch center guided the family members how to assist her, while the paramedics were on their way to her.

“We arrived within minutes and provided Advanced Life Support treatment including ventilation, cardiac compressions, medical and electric shocks. After long minutes of lifesaving efforts her heart began to beat and we evacuated her in critical condition to the hospital,” they said. The MICU team evacuated the woman to the hospital in an unstable condition, ventilated.

It is not yet clear whether the attackers in southern Lebanon were coordinating with the terrorists in Gaza in their attack on Israel.

If that were the case, Israel might be seeing the possibility of a two-front war developing.

Another Hezbollah-linked news outlet, Al-Mayadeen, reported that the IDF appears to be targeting the area between Qana and Siddiqine in central Lebanon, at least 12 kilometers from the northern Israeli border.

Interceptions by the Iron Dome anti-missile defense system were seen by residents in the skies above Acco.

It is not believed the Iranian-backed Hezbollah terror group launched the barrage, according to Walla! News.

The Red Alert siren was activated in the ancient city of Acco — where Israeli Arab residents have been attacking their Jewish neighbors for day — as well as in the port city of Haifa, its surrounding communities of Kiryat Yam, Kiryat Bialik, Kiryat Motzkin the Druze community of Shfaram, and others.

No physical injuries reported at this point and no reports of property damage, so far. Magen David Adom paramedics provided medical treatment to two people with mild injuries after falling on their way to the bomb shelter. They also treated people for stress symptoms.

Concurrent Rocket Attacks on Southern Israel
Heavy rocket fire was directed at southern Israeli communities at the same time, including the coastal cities of Ashkelon and Ashdod, as well as the border communities near the Gaza border.

The attacks on southern Israel continued, with the targeted communities ranging from those near the Gaza border to those along the coast — Ashkelon and Ashdod — to communities in the western Negev, including Netivot, where local sources said there were four Iron Dome interceptions in the skies over the city.

Later in the evening, more heavy barrages aimed particularly at southern Israel resulted in a 72-year-old man falling and being injured from the force of a blast, albeit in his bomb shelter.

“The injured man was with his family in the basement of the house that was hit by a rocket,” said MDA paramedic Alex Kosinov. He was taken to Barzilai Medical Center in Ashkelon in stable and fair (moderate) condition. 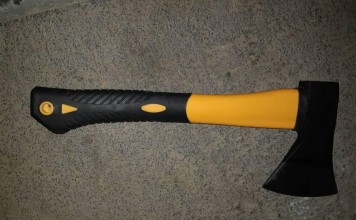 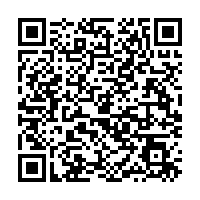