The decision to appoint Arouri to the political number two spot was made in Cairo several weeks ago at a meeting between Hamas political officials from Gaza and abroad, and Egyptian officials, according to a report by Ynet.


In recent years Arouri, 51, headed operations in Judea and Samaria.

But he’s also been incarcerated for his terrorist leadership: Arouri was arrested three times: he served six months in 1990, 15 years after a conviction in 1992 and three years after an arrest in 2007 for various terror activities, finally being deported from Gaza after his last release from prison since his presence was a threat to Israel.

At that point, Arouri ended up in Syria, where he spent the next three years. The start of the Syrian civil war and the break in ties with President Bashar al-Assad over support for Syrian rebels prompted Hamas to leave the country. Arouri abandoned Damascus in 2012, and headed to Turkey.

Two years later, Arouri masterminded the June 2014 abduction and murder of three Jewish teens in Gush Etzion that led to the summer counter terrorism war with Hamas in Gaza.

At the time he was still based in Turkey, but international pressure resulted in a move to Qatar, where he set up headquarters in Doha. In June this year he was again ousted, this time due to pressure from other Arab nations.

Arouri and a number of other Hamas operatives are currently based in Lebanon, where they met last month with Iranian officials. 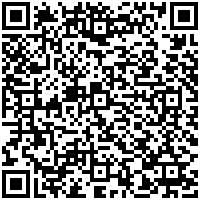