By Shahar Klaiman and Tamir Morag


Riyadh and Jerusalem do not maintain official diplomatic ties, but the Gulf kingdom “is expanding secretive talks with Israeli leaders,” according to the report.

The Saudis have so far held off from joining the Abraham Accords, saying any progress in relations with Israel was dependent on progress in the Israeli-Palestinian peace process. However, according to The Wall Street Journal, the Biden administration is actively mediating between the two with the aim of declaring steps that could lead toward normalization. The conservative Islamic kingdom “senses a shift” in its public toward establishing official relations with the Jewish state, according to the report.

Biden criticized Riyadh upon assuming office over such issues as its human-rights record and the killing of journalist Jamal Khashoggi. However, there has been a recent rapprochement between the White House and the Saudis, as indicated by the president’s planned trip there next month.

Israel has been more involved with the Saudis recently as well, including trips by leaders in the private sector and through official channels, over the issue of transferring sovereignty of the Red Sea islands of Tiran and Sanafir from Egypt to Saudi Arabia.

The report further cited sources as saying that the shift in Riyadh’s position is likely rooted in the growing support among the Saudi public for ties with Israel, especially among Saudis under the age of 30.

Meanwhile, a Saudi official said that U.S. President Joe Biden’s visit to the kingdom has been delayed “until Washington fulfills Riyadh’s demands.”

Shura Council member Ibrahim al-Nahhas told local media that the visit, slated to take place later this month, had been delayed “until arrangements are completed in a way that serves the interests of the kingdom and the region. This is why we are heading to work with those who are able to work for the common interests and for the two peoples.” 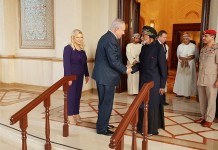 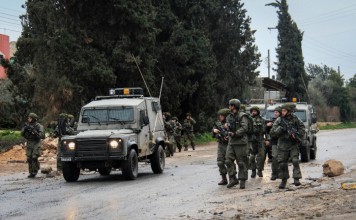 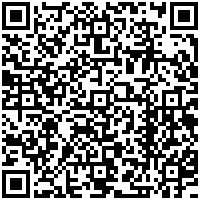