A Syrian military source told SANA that three military personnel were killed, one soldier was wounded, and damage was caused as a result of the Israeli attack. The source said the attack was carried out from the Golan Heights towards the southern region of Syria. The number of dead in the attack was later updated to 10 by the Syrian Observatory for Human Rights, which reported there were Iranians among the dead.


On Tuesday, an IDF force uncovered a cluster of explosive charges in Israeli territory near the border fence with Syria in the southern Golan Heights. Combat engineering forces neutralized the exposed charges near an area where an IDF force thwarted an attempt to place explosives about three months ago.

The IDF tweeted Wednesday morning: “What Iran & Syria did: placed improvised explosive devices by the Alpha Line to hit Israeli troops. What we did: just struck Iranian Quds Force & Syrian Armed Forces targets in Syria. We stand prepared to operate against Iranian entrenchment in Syria.”

The IDF also tweeted: “Israel and Iran don’t share a border. In fact, Tehran is 1,000 miles from Jerusalem. So why did an Iranian-led Syrian squad plant this IED on the Israel-Syria border? Because Iran’s terror knows no border. Luckily, we’re here to stop them.”

So why did an Iranian-led Syrian squad plant this IED on the Israel-Syria border?

Because Iran’s terror knows no border.

The IDF Spokesman, Brigadier General Hedi Zilberman, said Wednesday morning: “We are prepared for any scenario, both on the ground and with Iron Domes. The current situation for the residents of the Golan is a complete routine.”

Zilberman said the IDF had attacked eight targets, including an Iranian-commanded military camp near Damascus airport, a military site near Damascus used by senior Iranian residents, the headquarters of Division 7 in the Golan Heights, from which Iranian Quds Force personnel operate, and Syrian Army surface-to-air missile batteries.

Zilberman added that “the exposure of the explosives site is further proof of Iran’s effort to establish its long-term stay in Syria.” He explained that “in recent months, we have been following the actions of a Quds Force that directs Syrian citizens to place explosives near the border. In August we witnessed a similar case when the IDF thwarted a squad on its way to place explosives. The [Tuesday] incident is apparently proof that the other side has not understood the message from August.”

Defense Minister Benny Gantz said yesterday that “Israel will not ignore” the laying of the explosive charges. He added that he sees Syria as “responsible for what is happening in its territory, such as these charges,” and that the “smuggling of weapons to Hezbollah cannot continue.”

Ganz also said he was “convinced of the IDF’s capabilities to respond harshly to any incident, both on the Lebanese front and the Syrian front.” 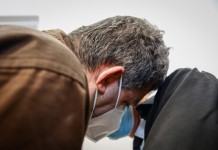 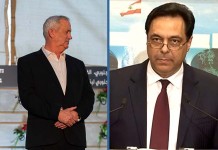 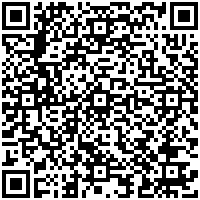