IDF aircraft attacked and killed seven armed terrorists operating in the southern Syrian Golan Heights, according to the IDF spokesperson.

The attack happened at 10:30 PM on Wednesday evening and had been under IDF censor. Following searches of the area, the seven were found with with at least three explosive belts and AK-47 rifles.

The terrorists were 200 meters from the border and heading towards Israel when they were eliminated.

The IDF has not upgraded the alert status on the Golan, and says at no point were any communities in danger during the event.

Some of their weapons and equipment:

Last night, an IDF aircraft fired towards several armed terror operatives in the southern Syrian Golan Heights. Following searches this morning, explosive belts and an AK-47 assault rifle were found in the area 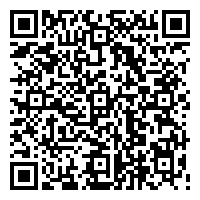