Iran fired a barrage of ground-to-ground mid-range missiles on Sunday from Kermanshah and Kurdistan provinces in western Iran, at Islamic State terrorist bases in eastern Syria, according to several Iranian news agencies. The specific type of missiles that were fired is unknown.

The missile fire was allegedly aimed at “the Takfiri terrorists’ command center, concentration points and logistical centers used for assembling cars for suicide attacks” in Deir ez-Zour,” according to the IRGC statement. However, the claim could not be independently verified by Reuters or other international media. Iran, a Shi’ite Muslim nation, often refers to radical Sunni Muslims as “Takfiri.”

Iran warned the missile strikes were just “a warning” to deter any further action by the terrorists, adding the Islamic State group and its supporters — in the region and anywhere else — “would be engulfed by [IRGC’s] revolutionary wrath and flames of the fire of its revenge in case they repeat any such devilish and dirty move in future.”

Three unidentified attackers opened fire at the guards protecting the Iranian Parliament in Tehran on June 7, blasting their way into the parliament’s administrative building while shooting at the guards and civilians. A similar attack took place at the holy shrine of the late founder of the Islamic Republic, Imam Khomeini, simultaneously with the parliament attack. At least one of the attacks included a suicide bombing.

“The spilling of any pure blood will not go unanswered,” the IRGC said in its statement.

A total of 18 people, including an Iranian Parliament guard were killed and 52 others were wounded in the twin attacks that were later claimed by the Islamic State terrorist organization. 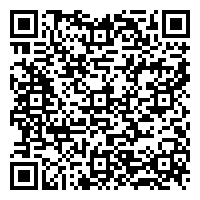