Israel’s Prime Minister Benjamin Netanyahu has refuted reports that the Jewish State is sending coronavirus vaccines from Israel to Syria.

The question came up in relation to a deal struck last week to secure the release of an Israeli woman who crossed the northern border close to the Quneitra crossing into Syria. She was arrested by Syrian security personnel.


Under the terms of a deal mediated by Russia’s President Vladimir Putin, Syria agreed to release the woman and in exchange Israel released two Syrian shepherds being held in custody, as a goodwill gesture.

Reports began later in the week of a secret deal in which Israel agreed to purchase $1 million doses worth of Russia’s Sputnik V coronavirus vaccine on behalf of Syria, as part of the prisoner exchange.

During an appearance Saturday, Netanyahu told a reporter from Israel’s Kan News public broadcasting network, “Not a single Israeli COVID-19 vaccine went for that matter. We brought back the young woman and I have thanked President Putin for this, but I respect Russia’s request not to say anything more,” he said.

A statement which doesn’t actually contradict the reports.

The young woman returned to Israel early Friday, after government hostage negotiator Yaron Bloom flew to Moscow late Thursday night to pick her up. She is reportedly being debriefed by the Shin Bet (General Security Services). 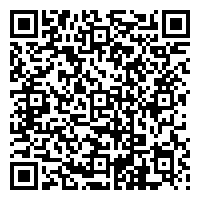