Prime Minister Benjamin Netanyahu underscored late Saturday night that Israel will not tolerate any sort of fire from across the border.

Referencing the retaliation by Israel’s Air Force hours earlier, Netanyahu said, “In today’s IDF action we reiterated our policy: We are not prepared to accept any spillover or ‘trickle of fire’ from any front whatsoever.

“We will respond strongly to any firing at our territory,” he warned.

A barrage of more than 10 mortar shells were fired at the northern Golan Heights on Saturday, which the IDF said came as a result of the internal fighting in Syria. In response, an IAF aircraft targeted three positions belonging to the Syrian regime.

Arab media reported at least two Syrian soldiers were killed in the strikes. 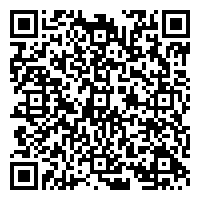