Reliable sources informed the Syrian Observatory for Human Rights that the Israeli shelling on Syrian territory on Thursday evening targeted military depots in “Defense Factories” in the al-Zawi area in the Masyaf countryside, west of Hama, causing heavy human and material losses. Masyaf is a city in northwestern Syria, the center of the Masyaf District in the Hama Governorate.

According to Observatory sources, at least nine people were killed by shelling, four of whom Syrians. It remains unknown whether they are regime soldiers or affiliated with Iranian forces, and five are still unidentified. The death toll is expected to rise as many of the injured are in a serious condition. Reports suggested that the attack resulted in further fatalities.


Meanwhile, Israeli airstrikes, which carried out from Lebanese airspace, have destroyed ammunition and weapons depots.

The official Syrian news agency SANA reported Thursday night that the army air defenses confronted an Israeli aggression in the surrounding of Masyaf in Hama countryside. A military source announced that at 9:25 PM that the Israeli warplanes targeted, from Lebanese airspaces, one of the military sites in outside Masyaf, and the army air defenses immediately confronted the hostile missiles and shot down a number of them.

Hama was the site of the February 1982 Hama massacre, when the Syrian Arab Army and the Defense Companies, under the orders of then President Hafez al-Assad, besieged the town of Hama for 27 days in order to quell an uprising by the Muslim Brotherhood against al-Assad’s government. The massacre, carried out by the Syrian Army under commanding General Rifaat al-Assad, effectively ended the campaign begun in 1976 by Sunni Muslim groups, including the Muslim Brotherhood, against the government. Lower estimates claimed at least 2,000 Syrian citizens were killed, while others put the number at 20,000 to 40,000. 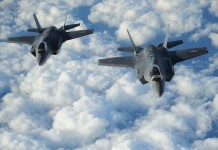 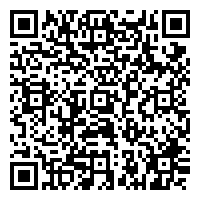