The UK-based Syrian Observatory for Human Rights claimed Israeli war planes carried out air strikes Monday on a base belonging to the Jaish Khaled bin Walid terrorist group in southern Syria, an alliance of several jihadist groups formed in May 2016.

Among the groups is the Yarmouk Martyrs Brigade, listed by the United States as a terror group and which has opened fire at Israeli Defense Forces in the Golan Heights in the past.


At least 10 fighters from the Islamic State-linked group were killed, along with two wives of faction members, according to the Observatory, which said the base was located in the town of Sahm al-Jolan, west of Dera’a province. The group has pledged allegiance to Islamic State but was never formally incorporated into the terror group.

Jaish Khaled bin Walid controls the territory in western Dera’a province near the Golan Heights, according to the AFP news agency.

There was no concrete evidence indicating Israel had carried out the attack; the Observatory said its sources determine the identity of attackers by the type of aircraft, location of attack, flight pattern and munitions used.

In accordance with Israeli government policy, the IDF has declined to comment on the report. The IDF has in the past targeted the Yarmouk Martyrs Brigade, however, after a November 2016 attack on an Israeli soldier in the Golan Heights. 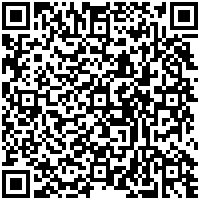