Of the missiles that were fired by a Syrian regime battery last Saturday at an Israeli raid of F-16 warplanes, one of which downed one of the planes, two of these missiles landed in Jordan and Lebanon, according to a Jordanian security source, and the third in Syria, Al-Khaleej Online reported Thursday, suggesting that the remains of this third missile, which landed in the Syrian part of the Golan Heights, between the towns of Ain al-Tina and Qusayba, have been collected and delivered to the Israeli side of the border by Israeli agents.

Last Saturday, an Iranian drone penetrated Israeli air space via Jordan, the IDF identified it ahead of the penetration, but allowed it to enter Israeli territory, where it was shot down by two combat helicopters. The IDF then retaliated by attacking and destroying the drone’s control facility at the T4 military airport, deep in Syrian territory. An IAF F-16 was hit by an anti-aircraft missile during this attack and crashed inside Israel.


According to Al-Khaleej Online’s Jordanian security source, the missile picked up by the Israelis was the Russian-made S-200, whose NATO name is SA-5. The agents, according to the report, are positioned by the border for routine observations of the combat operations involving the Syrian opposition forces, ISIS, the Iranian proxy militias and the Syrian regime.

According to the information coming from Jordan, the same intelligence network—established by the Mossad in southern Syria, supported the Israeli military incursion from the town of Bir Ajam in the Golan Heights area to the southwestern province of Rafah last September, to direct the shelling that resulted in the killing of at least 10 Elements of ISIS near the Golan Heights border. 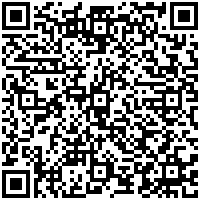