The Russian Defense Ministry has rejected media reports that a Russian serviceman was allegedly captured and executed in Syria, TASS reported.

“All servicemen of the Russian grouping of forces in Syria are safe and sound and are accomplishing missions to fight international terrorism as part of their formations. The actions by some media outlets, which regularly circulate the fake news of international terrorist groups, are cause for condemnation,” the Defense Ministry said in a statement.


Several media outlets reported on Tuesday the Islamic State’s video clip showing the execution of a man who was referred to as a Russian intelligence officer.

The video release coincided with Russia’s Victory Day celebrations of the toppling of Nazism in 1945. It repeats the usual format of ISIS hostage executions, showing a prisoner identified as Evgeny Petrenko reading a “confession,” and then getting beheaded.

“This idiot believed the promises of his state not to abandon him if he was captured,” Petrenko said to the camera, before he was beheaded by a Russian-speaking ISIS executioner.

Russian senator Vikor Ozerov told Interfax that “there would be hell to pay” should the recording prove to be authentic. The lengthy ISIS video, released by the ISIS al-Furat propaganda corps, includes images of other Russian prisoners being beheaded and shot. 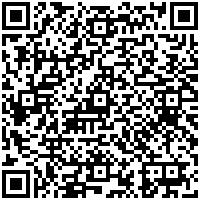