Fierce explosions rocked the capital Damascus and its surroundings at dawn on Tuesday, and sources told the Syrian Observatory for Human Rights that the explosions were caused by an Israeli launching about five rockets on sites located south and southwest of the capital Damascus, over the defenses of the regime’s air defenses which managed to down a few rockets, the Observatory reported Tuesday morning.

The report mentioned that Hezbollah and Iranian militias are active in the area that was attacked.

The Observatory reported that the attack targeted the same sites where four rockets were launched from inside Syrian territory at the Israeli Golan Heights Tuesday morning (See: Iron Dome Intercepts 4 Rockets from Syria Aimed at Israel’s Golan Heights). Al Arabia suggested the rockets had been shot by the Iranians, in keeping with their new policy of always retaliating following Israeli attacks.

According to the Observatory, on Tuesday, November 12, explosions rocked the capital Damascus as a result of an air strike likely to be Israeli, which targeted a building in the Mezzeh western villas in Damascus. The Israelis were targeting a military official of the Islamic Jihad in Syria. Despite the serious damage inflicted on the building, the official, Akram Ajuri, considered the right hand of the Islamic Jihad’s leader Ziad al-Nakhala, escaped unharmed (see our rather premature report, Tough Day for Jihad Bosses: Akram Ajuri Assassinated in Damascus).

Transport Minister and cabinet member Bezalel Smotrich (Habayit Hayehudi) told Reshet Bet radio on Tuesday that “the security system is closely monitoring what is going on in Syria, Lebanon and Iraq,” and many steps are being taken to prevent the formation of a dangerous strategic threat in the northern arena.”

Smotrich added: “Those who will do one-plus-one, will understand quite a few processes that have taken place in recent weeks in the context of Israel’s security.” 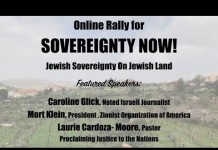