Two civilians were “martyred” and six others were injured as a result of “the hostile targeting” of a residential building near the Lebanese Embassy in the Mezza neighborhood in Damascus, Syrian official news agency SANA reported Tuesday morning. Israeli media reported the target was the home of Islamic Jihad senior official Akram Ajuri.

Ajuri was elected in 2018 to the Jihad Political Bureau, on the same day Ziad al-Nakhala was elected chief of the terrorist group, replacing Ramadhan Shalah who had suffered a series of strokes in April 2018. Ajuri was considered al-Nakhala’s right hand man.

Syrian Interior Minister Maj. Gen. Mohammad Khalid Al-Rahmoun who visited to the targeted residential building said it had been destroyed by several missiles. Syria blamed Israeli “aggression” for the attack.

The attack in Damascus coincided with a Tuesday morning IDF attack in Gaza that killed another Islamic Jihad leader, Baha Abu Al-Ata, commander of the northern division of the terror organization in the Gaza Strip. Abu al-Ata was killed in his home with his wife.

The IDF spokesperson said there was no intention of returning to the “counter-terrorism policy” (meaning targeted assassinations) against terrorist leaders, and that Tuesday’s attack was a one-time event. 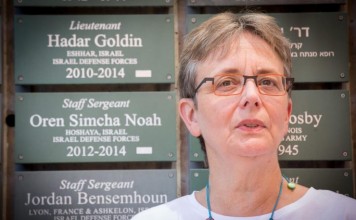