An intelligence report by ImageSat International (ISI) Published on Sunday reveals progress in the renewed construction of the Iranian Imam Ali base, adjacent to the Al Bukamal Albukhmal border crossing of the Iraq-Syria border on the Euphrates river.

According to the Sunday report, which features satellite photos, the base and the border crossing are “in advanced stages of construction.”


According to foreign reports, the area was attacked twice last September. In fact, in recent months, the Syria-Iraq border has reportedly become a target for Israeli warplanes, because of the Iranian activity there. Israel keeps mum about it, although Prime Minister Benjamin Netanyahu has often hinted that Israel is working against Iran’s consolidation in the region, including in Iraq.

Last September, according to ISI satellite imagery, construction in the Iranian military complex and the border crossing in Syria, near the border with Iraq, has continued and even intensified, in an effort to overcome the setback caused by Israeli attacks.

Satellite imagery released some three weeks ago suggest the Imam Ali compound is intended to be used for training Shiite militias. 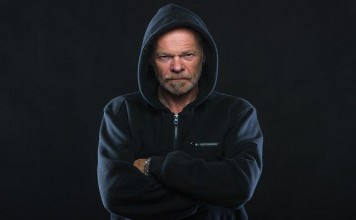