Tensions are continuing to rise along Israel’s northern border, where the IDF had already opened fire a day earlier at Syrian forces as they fortified a military outpost in the Golan Heights buffer zone, violating the 1974 ceasefire agreement.

Israeli forces fired another tank shell on Sunday evening towards the Syrian army units that entered the buffer zone between the two countries to continue the work.


The outpost is located near the Druze village of Hader, in southern Syria on the outskirts of Quneitra.

IDF Chief of Staff Lt.-Gen. Gadi Eizenkot traveled to the area to assess the situation together with Maj.-Gen. Yoel Strick, head of the Northern Command, and Brig.-Gen. Yaniv Ashur, commander of the Bashan Division.

In addition, the IDF has filed a complaint with the United Nations peacekeeping force in the Golan Heights, warning that Israeli forces will defend the Druze village against attack if necessary.

Where Am I: High Along the Border

Where Am I: At a Crossroad 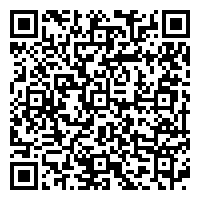