The French Ambassador to Turkey was recalled to Paris on Saturday following insulting remarks by Turkey’s President Recep Tayyip Erdogan against his French counterpart, Emmanuel Macron.

“Erdogan’s comments are unacceptable,” Macron’s office said in a statement about the remarks. “Excess and rudeness are not a method. We demand that Erdogan change the course of his policy because it is dangerous in every respect.”


Macron had reiterated in a statement last week about the country’s secular values and about the murder that France “will not give up our cartoons.”

The comments came in response to remarks by the Turkish president who said, according to international media, “What’s the problem of the individual called Macron with Islam and with the Muslims? Macron needs treatment on a mental level. What else can be said to a head of state who does not understand freedom of belief and who behaves in this way to millions of people living in his country who are members of a different faith?”

“With the absence of Turkish condemnation of the crime of slaughtering [history teacher Samuel Paty] in France, propaganda is added urging hatred and slander against France on the part of Ankara,” the French Foreign Ministry said in its own statement. “Turkey seeks to inflame hatred against us abroad.”

Turkey’s Foreign Minister, Mevlüt Çavuşolu, tweeted in response, “When the truth is told in their faces, racists appear again in Europe.”

The killer of the history teacher on October 16, 18-year-old radical Islamist of Chechnyan descent born in Moscow, Abdullahkh Anzorov, attacked his victim for having used a caricature of the Prophet Mohammed in one of his lessons. Anzorov was shot dead by police near Paris shortly after he beheaded his victim in the street outside the school where he taught. Seven people, including two students, have been charged in the murder. 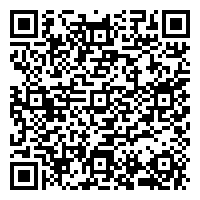