Prime Minister Yair Lapid met on Tuesday on the sidelines of the United General Assembly in New York with Turkish President Recep Tayyip Erdoğan, the first meeting between an Israeli prime minister and a president of Türkiye since 2008 and following the announcement of the restoration of full diplomatic representation between the two countries.

Irit Lillian was recently announced as the new Israeli Ambassador to Türkiye.


The two leaders discussed the “fight against terrorism in Israel and generally,” Lapid’s office stated.

Lapid thanked Erdoğan for the recent intelligence cooperation and the thwarting of Iran’s attempts to carry out terrorist attacks against Israelis on Turkish soil this past year.

Lapid also brought up the issue of missing IDF soldiers and captive Israeli citizens held by Hamas in the Gaza Strip, and “the importance of bringing them home.” Erdoğan is a supporter of Hamas and the terror organization has a headquarters in Türkiye.

Additionally, the two discussed economic and energy cooperation between Israel and Türkiye, as well as regional developments.

Lapid also positively noted the restoration of Israeli flights to Türkiye and said this step will contribute greatly to strengthening tourism between the nations.

In July, Israel and Turkey signed a new bilateral aviation agreement, the first since 1951, which will strengthen ties between the two countries and allow for the resumption of Israeli flights to Turkey. This new agreement came days after Israel’s economic office in Istanbul announced it will renew its activities, about three years after its activities in Turkey were drastically reduced in the summer of 2019.

Israeli President Isaac Herzog visited Turkey in March, the first Israeli leader to visit Turkey since 2008. When Herzog entered office, Turkish President Recep Tayyip Erdoğan called him to congratulate him on his election, in a conversation that led to a resumption of dialogue between Israel and Turkey after a disconnect lasting several years.

The relations between Israel and Turkey have been sour for years as Erdoğan and his Islamist ruling party have drawn the country toward the Muslim Brotherhood and have espoused Islamic anti-Israel ideas, and even anti-Semitic notions. Turkey has also become home to Hamas’ headquarters, generating further tensions between Jerusalem and Ankara.

Turkey is facing a complex financial situation in the country, as well as tense relations with the US and Europe. Erdoğan is apparently attempting to improve his situation through the resolution of this crisis with Israel.

Turkey has underscored its desire to integrate into the Israeli gas project. Erdoğan has said he was prepared to work with Israel on reviving an old project to ship gas to Europe through Turkey.

After Israel signed an agreement with the European Union in June to export natural gas to Europe, Turkey is sure to be interested in joining it. 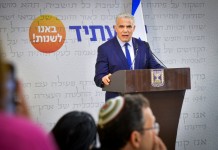 Lapid Would Have Joint Arab List in his Coalition 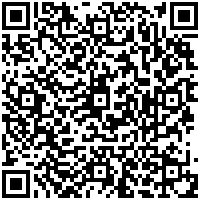