Dozens of Israelis protested Saturday night in Jerusalem near the official residence of the Prime Minister in solidarity with the Kurds of northeastern Syria.

Protest in Jerusalem tonight near the PM's home in solidarity with the Kurds of NE Syria. Several slogans refer to the Holocaust. Signs "Never again," "Israel with the Kurds," "Remember [the Holocaust] & don't forget" pic.twitter.com/nVVEwdJohV


The demonstrators held picket signs that referred to the Holocaust, with some of the signs reading, “Never Again” and “Remember [the Holocaust] & Don’t Forget”. Others signs simply read, “Israel with the Kurds.”

Turkish forces in northern Syria “accidentally” shelled a contingent of US Special Forces on Friday, according to an exclusive report published by Newsweek Magazine, which quoted an Iraqi Kurdish intelligence official and a senior Pentagon official who said the shelling was so heavy that “US personnel considered firing back in self-defense.”

Turkish forces have launched a military campaign targeting the Kurds in northern Syria, whom they consider “terrorists.”

Last week Prime Minister Benjamin Netanyahu also expressed Israel’s solidarity with the Kurds. In a tweet he posted Thursday, Netanyahu wrote, “Israel strongly condemns the Turkish invasion of the Kurdish areas in Syria and warns against the ethnic cleansing of the Kurds by Turkey and its proxies. Israel is prepared to extend humanitarian assistance to the gallant Kurdish people.”

Following up, Netanyahu underlined Israel’s ability to make its own decisions in a speech in which he said the Jewish State very much appreciates “the important US backing, which has only increased greatly in recent years,” but that “we always remember and apply the basic rule that guides us: Israel will defend itself by itself against any threat.”

However, some of the more complex and difficult issues now taking place in the region, one Israeli official told Reuters on condition of anonymity, are being addressed “away from the public eye.” 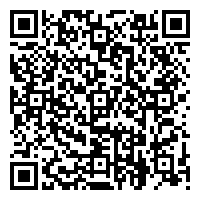