When women in the exclusive secular Caddebostan neighborhood of Istanbul that she called home started wearing the jilbab and she began to feel uncomfortable walking around in a short-sleeved T-shirt, Berrin knew it was time to leave.


Sitting at a cafe in Ra’anana, where she arrived with her family eight months ago, Berrin says she feels relieved to have left. “In Istanbul we were considered strangers,” she says, “the Muslims referred to us as sizinkiler (yours), to indicate ‘your people.’ I wasn’t free to say I am a Jew, here I feel finally free to be myself.”

Like many other Turkish Jews who chose to leave the country, Berrin left behind a very comfortable life. She ran her own architecture studio, while her husband, worked in the textile business, which he continues to do, staying in Istanbul during the week and returning home to Israel at weekends. Jetting between two countries is known as ‘Boeing Aliyah,’ and the Turkish Jews on the Tel Aviv-Istanbul route maintain a WhatsApp group called Ucan Kushler (flying birds) to help each other out.

Political events in Turkey over the last few years have made the country’s Jews feel insecure and many have left. According to the Jewish Agency some 260 Turkish Jews moved to Israel in 2016 and the number jumped last year to 415 out of a community of 15,000.

President Recep Tayyip Erdogan’s authoritarian tendencies, the Islamization of the country and the political situation there following the failed coup of July 2016 are among the factors that are pushing many Jews and also secular Turks to leave.

“All my friends are Muslims, I never studied in a Jewish school, I remember going with them to protests against Erdogan, but after the coup, everything changed,” says Berrin. “That was the breaking point for me as for many other educated Turks who left the country. My best friend moved to Denmark and told me to move there too. ‘Why are you going to another Middle East country; didn’t you have enough with Turkey?’ she asked me.’ We thought to move to Canada but then preferred to come to Israel, where we have some cousins. My parents and my sister-in-law and her family also made aliyah.”

Today Turkey’s Jews, who arrived there 500 years ago seeking refuge from the Spanish Inquisition, see no future in the only Muslim country where Jews lived peacefully for such a long time. Their schools and synagogues are protected by dozens of policemen. Every time a Palestinian Authority Arab is killed in clashes with Israel, Jews fear retaliation and increasingly Muslims are deciding not to buy from shops owned by Jews.

“ My brother still lives in Istanbul, “ Berrin said. “He is finishing his Ph.D. and is teaching as an assistant. Last month his professor proposed that he apply for a position at the Turkish defense ministry, but his CV was rejected because he is a Jew. This is not new for us, this is how things always worked, but now it is getting worse.”

Many Turkish Jewish families have moved to Ra’anana, an upscale suburb of Tel Aviv, and Em HaMoshavot, a neighborhood of glistening high rises in the town of Petach Tikva, where they live together helping each other getting used to the new life. Berrin says she chose Ra’anana as it reminds her of the Akatler neighborhood in Istanbul.

Lucy Yaes, 48, who arrived with her family in Ra’anana seven years ago, says their house became a sort of first stop for Turkish families moving to Israel. “Families would come for few days to look for apartments and sleep over at our house. Sometimes I had guests I didn’t even know,” she says.

Lucy, her husband Selim and their two daughters were one of the first families who decided to leave Turkey because of the new political reality. Before making Aliyah, Lucy was an English teacher in a private Turkish school, where she witnessed the slow but continuous Islamization of the country’s educational system.

“I was much more aware of the changes that Turkish society was going through than others because I could see how the young were changing and becoming more religious from year to year,” she says “ Erdogan is very clever, he changed society slowly, step by step.”

Ya’akup Kalvo, 32, moved to Israel last August together with his sister’s family.

Although he owned a successful company, he felt he could no longer live in Turkish society.

“I didn’t take public transportation any longer because I didn’t feel safe, and the news was reporting everyday about things like young girls who had to get married to old men,” says Ya’akup. “There is no future in Turkey, not just for Jews but also for secular and educated people.”

Ya’akup remembers how he took the final decision to leave Istanbul while walking in the Fenerbahce Park area where he used to play when he was a child.

“I didn’t feel safe anymore in my own city because of the growing number of Syrian refugees and the increasing number of religious people living there. Although I had a good job, I felt Turkey was no longer a good place to live,” Ya’akup concludes sadly.

What Columbus was Really After – Phantom Nation [audio] 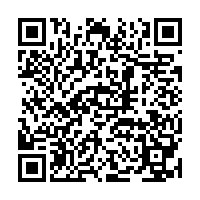