Turkey on Sunday announced it had launched a military operation against the Bashar al-Assad regime in Syria, in response to the Syrian army’s attack on Turkish troops in Idlib, in northwestern Syria, southwest of Aleppo. Turkey’s Defense Minister, Hulusi Akar, said the operation was dubbed “Spring Shield.”

According to Akar, “Some 2,200 Syrian regime troops, a drone, 8 helicopters, 103 tanks, tens of howitzers, 3 air defense systems were neutralized during the operation Spring Shield.”


The defense minister stressed that “we do not aim face-off with Russia. Our only aim is to stop the Syrian regime’s massacres, radicalization, migration.”

Tensions in Syria’s Idlib region escalated on Thursday after Syrian government forces carried out strikes that killed 33 Turkish soldiers. In response, Turkey’s Air Force conducted strikes on the Syrian troops, claiming that more than 200 targets had been hit.

The Turkish official news agency Anadolu reported on Sunday that the Turkish army had neutralized more than 2,100 Assad regime targets, and explained that Turkish authorities often use the term “neutralized” to imply that “terrorists in question surrendered or were killed or captured.”

On Sunday afternoon, Anadolu tweeted, citing Minister Akar, who stated: “We do not aim face-off with Russia. Our only aim is to stop Syrian regime’s massacres, radicalization, migration.”

The Russian Defense Ministry told reporters that the Hay’at Tahrir al-Sham terrorist group (a.k.a. Jabhat al-Nusra) was the target of the Syrian regime’s attack, and the Turkish soldiers just happened to be there as well.

Tass reported Saturday night that “the recent flare-up was in focus of a phone talk between the presidents of Russia and Turkey, Vladimir Putin and Recep Tayyip Erdogan. They emphasized the urgency to de-escalate the tensions and agreed to work out the possibility of a summit meeting in the near future.”

In a Saturday phone call with Iranian President Hassan Rouhani, Erdogan told his counterpart: “The current situation in Idlib cannot remain as it is.

Moscow, Tehran and Ankara are the three guarantor states at the Astana talks on Syria. 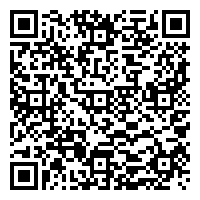