Turkey’s President Recep Tayyip Erdogan took on the son of Israel’s Prime Minister Benjamin Netanyahu on Friday after a week in which he traded verbal pot shots with Israel’s prime minister, an activity that takes place on a regular basis between the two men, generally when it appears the Turkish leader seems to feel he hasn’t had enough camera time or has been forgotten by the media.

The elder Netanyahu – via Twitter – did not hesitate to return the “compliments,” calling the Turkish leader a “dictator” and pointing out he had sent “tens of thousands of political opponents to prison.”

“In Israel, no one is a second-class citizen. Israel is a democracy in which all Israelis, including our nearly 2 million Arab citizens, enjoy equal individual rights…

“But Israel is also the one and only Jewish state, with a Star of David on our flag, Hatikvah our national anthem, Hebrew our official language and where a Law of Return gives every Jew around the world the right to return to our ancestral homeland.

“Erdogan, the dictator who sends tens of thousands of political opponents to prison, commits genocide against the Kurds, and occupies Northern Cyprus, preaches to me, to Israel, and to the Israel Defense Forces, about democracy and the ethics of war. A joke.

“It’s best that he doesn’t get involved with Jerusalem, our capital for 3,000 years. Erdogan can only learn from us how to respect every religion and protect human rights.”

Erdogan told an interviewer Thursday on Haberturk television that Netanyahu was “walking around with this stain” of corruption — a reference to upcoming indictments to be filed by Attorney-General Avichai Mandelblit after the election. He also claimed the Israeli government jailed 10,000 women and children from the Palestinian Authority, and “disrespected” holy sites in Jerusalem.

The latter accusation was a reference to ongoing tensions over the Temple Mount in the Old City where the Islamic Waqf Authority attempted to to change the status quo by abrogating the authority of Israel’s Supreme Court which ordered the closure of a small space nearly two decades ago that was being exploited by a group linked to terrorism.

By Friday, Netanyahu’s son had jumped in as well when the insults escalated to personal attacks, with his father being called a “thief” and a “tyrant” by Erdogan, who delivered his attacks via speeches at various events. Clearly the descendant in a family of historians, the younger Netanyahu reviewed his lessons for the Turkish leader.

“And I will remind him that Istanbul is actually a city called Constantinople! The capital of the Byzantine empire and center of orthodox Christianity for more than a thousand years before Turkish occupation!” Yair Netanyahu tweeted.

“I’ll also remind him the genocide turkey (sic) had done against Greeks, Assyrians, and Armenians! They ethnically cleansed all Christians from Asia Minor!

“Forgot to mention also these days turkey (sic) is committing genocide to the Kurds. And occupying northern Cyprus.”

Erdogan responded to Yair Netanyahu during a speech at an election rally, calling him “immoral.”

“You occupied the whole of Palestine!” he said. “If the world is looking for a country that oppresses, it’s Israel. If they are searching for a terror state, that too is Israel.”

Erdogan called on Prime Minister Netanyahu on Saturday to “twist the ear” of his son Yair. 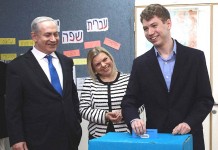 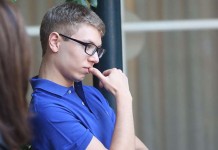 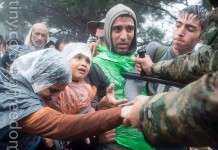