It wasn’t exactly the Jets and the Sharks meeting for a rumble, but the competing schools had distinctive styles and there were some elements of scrappy street fighting vs. a more refined approach to battle.


Slam Poetry, or “Spoken Word,” is a form of oral expression that combines elements of traditional poetry and the urban music style of rap. The subject matter of Spoken Word is very often personal, dealing with emotional conflict, the generational divides or one’s role in the larger world. It began in the mid-1980’s and took hold in particular in Chicago, New York City and San Francisco.  It has since spread all over the world, but remains an art form that appeals to and draws from a largely young, urban population.

As an experimentalist art form there are few rules: no props, costumes or music, and each piece can be only three minutes long.  Spoken Word is performance driven – while the writing is an essential part of the finished product, the delivery – that is, the visual aspect – is critical.  Spoken Word competitions – known as slams – take place in rounds with poets competing against each other, and experienced poets as judges.

After Roller and Broder graduated, they decided to create a slam poetry league for the Modern Orthodox schools in the greater New York City environs. It combined elements of traditional slam poetry, but with a decidedly Jewish – not comedic shtick Jewish – bent. Roller and Broder joined up with Hillel Goodman, assistant principal of Rambam Mesivta, who was the first coordinator of the Yeshiva League.

Broder, who coordinates the SAR team, told The Jewish Press they view the YU Slam Poetry League as a continuation of the Jewish tradition of religious poetry.

“We look to Rabbi Yehuda HaLevi, the great Spanish poet of the medieval age, and his schools of poets and poetry,” Broder explained to The Jewish Press.  “We see David HaMelech, the great psalmist, as the progenitor of this project, writing with the knowledge that our religion’s essential language of Tehillim is structured in the deep and condensed language of poetic expression.”

Broder says he and the SAR administration see this form of artistic expression as “an opportunity for d’veykut, cleaving to God, developing awareness of the divine.”

The League officially began a year and a half ago, with three competitions in the 2010-2011 school year; this year there will be four.  Roller, the driving force behind the mima’amakin movement, is now the league coordinator and is always one of the judges.

At the February 19 Poetry Slam, 45 students participated in the first round, with fourteen moving on to the second round.

Roller explained to The Jewish Press between rounds that his vision was to create an opportunity for students to have an outlet for artistic expression, as well as a format for non-athletes to interact with students in the other Modern Orthodox schools, similar to what the athletic league provides for athletes.

Because of his own background – Roller is a published poet – he is interested in encouraging the Spoken Word students to learn about different forms of poetry.  For each competition the students are required to create both a free verse poem and one that conforms to a particular verse format.  Last year, the students had to write a ghazal, a Persian poetry form that Ibn Ezra and others adopted for various slichot.  In another competition they had to use the haiku format.

At SAR on Feb. 19, the students competed in two formats, a free verse poem and a “pantoum,” a poetic form comprised of four-line stanzas in which the second and fourth lines of each stanza serve as the first and third lines of the next stanza, and the last line of the poem is often the same as the first line. 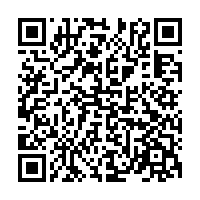