Prime Minister Benjamin Netanyahu on Sunday afternoon referred to the problems that have risen regarding the “Reform Kotel” outline, saying he was working to find a solution, among other things by appointing his bureau chief David Sharan to coordinate the debate on this issue.

Netanyahu announced, “About two months ago the government decided to apply the recommendations of an advisory board regarding the coordination of prayers at the Western wall. After the decision had been made, some difficulties have arisen, for which we are working to find a solution.”

The “difficulties” came in the form of both ultra-Orthodox parties in Netanyahu’s coalition who declared their absolute objection to any official recognition of any Reform presence anywhere near the Kotel, come what may. Both Shas and the UTJ declared they would leave the government over this issue. They also protested that the change in the Kotel area, awarding a portion of the plaza to the Reform, had been done without consulting the ministry of religious services, the chief rabbis, the Kotel rabbi and the two ultra-Orthodox parties. They reminded Netanyahu that the coalition agreement he had signed with the ultra-Orthodox gives them veto power over every religion-related issue.

Netanyahu reiterated his determination to find a just and satisfying solution to this dilemma, which is why he appointed his bureau chief and ordered him to come up with a solution in 60 days. And since the only solution acceptable to the ultra-Orthodox is the complete rejection of the Reform from the Kotel, we should expect those 60 days to be extended to fit the full length of the life of the current government. 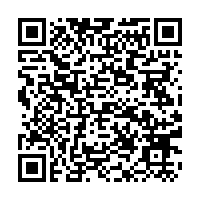