Prime Minister Binyamin Netanyahu turned the tables on the Obama administration Sunday night and called on the Jewish Federations of North America General Assembly in Jerusalem to join Israel in its total opposition to a “bad deal” with the Iranian regime.

President Barack Obama has been trying to use American Jews to support his “peace talks” program to reach an agreement with the Palestinian Authority on a new Arab state within Israel’s current borders by April. With Egypt, Saudi Arabia and a belligerent Congress on Netanyahu’s side, the Prime Minister wants American Jews to crank up the pressure on Obama.

Netanyahu told the representatives of Jewish communities across the United States and Canada, “What is being proposed now is a deal in which Iran retains all of that capacity” to build a nuclear weapon. “Not one centrifuge is dismantled. Not one. Iran gets to keep tons of low enriched uranium.

“When it comes to Jewish survival and the survival of the Jewish state I will not be silenced, ever,” he said to loud cheers from the crowd. “We are the Jewish state. We are charged with defending ourselves and speaking up. All of us, all of us, have to stand up and speak up.”

Prime Minister Netanyahu offered little news on the discussions with the Palestinian Authority. He repeated his insistence that Mahmoud Abbas recognize Israel as a “Jewish state.”

He also said that Israel must have “robust security arrangements” in order to be confident that a peace with the Palestinian Authority, and he referred to Jerusalem as Israel’s “undivided capital.”

Netanyahu also mentioned his government’s efforts to reach a compromise between feuding factions at the Western Wall, long a high priority of American Jewish leaders.

“The Kotel is in Israel but the Kotel belongs to all the Jewish people,” Netanyahu said, using the Hebrew term for the wall. “We have to consult together and reach a solution together.” 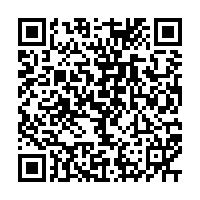