Prime Minister Benjamin Netanyahu was expected to meet on Sunday with both Chief Rabbis David Lau and Yitzhak Yosef as well as representatives of the ultra-Orthodox parties in his cabinet, to discuss the new Kotel outline, which includes a separate area for “Reform style” prayers, with mixed men and women, women putting on Talit and tefillin in public, and Women’s Torah reading. The cabinet decision on the Reform section of the Kotel constitutes an official recognition of the Reform movement as one of the legitimate Jewish denominations in Israel, with all the budgetary and other manifestations of such a change in policy.

The meeting, which had been postponed from last Tuesday, and was now postponed indefinitely, was initiated by the Minister of Religious Services David Azoulay and both chief rabbis, over the fact that they, as custodians of the Kotel by law, had not been consulted before a third of it had been awarded the Reform.

Meanwhile, according to Kikar Hashabbat, the chief rabbis met Saturday night with the man in charge of the Western Wall and Holy Sites, Rabbi Shmuel Rabinovitch, as well as with Attorney General Avichai Mandelblit, after which they concluded that a new outline altogether was needed for the Kotel, one which would not recognize the reform at all. They planned to submit their recommended outline to Netanyahu at their scheduled Sunday meeting, which is why Netanyahu, in his emblematic fashion, opted not to meet — for now.

From various articles in Israel’s Haredi media Sunday morning it appears that the new outline would, essentially, offer a way to let the Women of the Wall have their area for prayer in their own custom, while eliminating all the components of the deal that extend recognition to the Reform. The purpose of the Orthodox move is to avoid a coalition crisis while saving face in their own community regarding Netanyahu’s cabinet’s embrace of the Reform.

One of the arguments used repeatedly by the ultra-Orthodox, most notably by MK Yisrael Eichler (UTJ), is the fact that the Reform lack a substantial constituency in Israel and are using money to bribe their way into a position of influence on religious and many other issues. 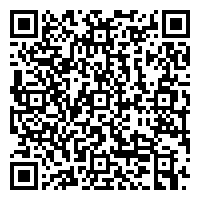