Dozens of rabbis have come out to support an economy plan presented by Democratic presidential contender Bernie Sanders.

The group which calls itself Rabbis for Economic Justice wrote on the “Jews for Bernie” Facebook page:


“We cannot ignore the disparities in a system which generates wealth for so few, while so many more are suffering,” wrote the group, which calls itself Rabbis for Economic Justice.

Last Thursday 45 rabbis across the spectrum signed the petition backing the candidate’s economic policies. The group was careful to state that it does not necessarily endorse the candidate’s bid for the nomination, but rather his economic outlook.

“We are compelled to lend our voices in support of the economic agenda expressed by [Vermont Independent] Senator Bernie Sanders,” the rabbis wrote, “which seeks to elevate those living in dire poverty, to restore America’s middle class, and to abate the enrichment of America’s wealthiest at the expense of America’s neediest.”

The text of the petition goes on to “declare support for the economic reforms expressed by Senator Sanders in the hope that all candidates for public office will embrace the goal of an economically just society.”

It is classic Democratic policy at its best – but thus far Sanders is still trailing behind Big Business darling of Wall Street, Hillary Clinton.

In a large display ad posted on the “Jews for Bernie” Facebook page, the group appealed to users to sign a petition linked to the ad.

Nowhere more than on Facebook is it clear that Sanders is running a super grassroots campaign, due to the dramatic difference between him and Hillary Clinton in available campaign dollars as well as campaign style.

“Phone bank parties and phone banking hours have dropped off dramatically,” wrote one user on Facebook.

“Even while Bernie rises in many polls, his delegate numbers are still winnable and his fundraising greatly exceeds Hillary’s, all through small donations, and he is drawing large crowds,” the user insisted.

“We desperately need more people to host phone bank parties. We should be doing one a day in every town through March 15.” 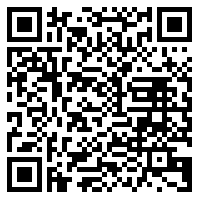