President Obama won 69 percent of the Jewish vote according to an exit poll.

The poll, posted on CNN’s website, was commensurate with projections by preelection polls by Gallup, the American Jewish Committee, among others, that Obama would win between 65 and 70 percent of the Jewish vote.


Both parties blitzed Jewish voters in swing states, particularly Ohio and Florida, ahead of the election.

Jews constituted 2 percent of the overall CNN response group, but the network did not reveal the total number of people polled, so it was impossible to assess a margin of error.

Republicans noted the discrepancy between Tuesday’s numbers and the 78 percent Obama garnered in 2008 exit polls.

Democrats, citing a more recent broader study of the 2008 results, now say Obama earned 74 percent of that year’s Jewish vote, and suggested that Tuesday’s showing was within the margin of error.

On social media, Republican and Democratic Jews argued over whether Tuesday night’s results showed a substantial drop in Jewish support for Obama. 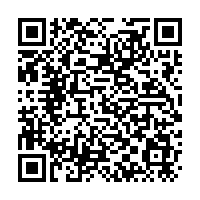